“If there isn’t any space there isn’t any light. The world is unthinkable without light [Heraclitus said it, Einstein said it, the A-Team in Episode 237 said it, and many others besides]. And yet, inside everyone’s bodies all is darkness, zones in the Universe never touched by light – or, if touched by light, only because of illness or decomposition. Its unsettling to think you exist because this death exists inside you, this zone of endless night. It's unsettling to consider that the inside of a PC is more alive than you are, that in there everything’s completely lit up.”

“Praying to Himself through the mouths of people, He discovers contradiction in Himself, for in the mirror the reflection can be real, and reality can pass into the reflection.”

“ Imagining is essentially creative; it is a bridge reconciling matter and spirit. Especially when it is done intensely and often. Then the image turns into a drop of matter, and joins the currents of life. Sometimes along the way something in it gets distorted and changes. Therefore, if they are strong enough, all human desires come true – but not always entirely as expected.”

““They all just thought they were there. They set off on a journey, they reach the boundary, and here they come to a standstill. Maybe they dream they’re travelling onwards, that Kielce or Russia are there. My mother once showed me some of those who looked like they’d turned to stone. They stand on the road to Kielce. They [page 109] don’t move, their eyes are open and they look terrible. As if they’re dead. Then, after a while, they wake up and go home, and they take their dreams for memories. That’s what really happens.” “Now I’ll show you something!” cried Izydor. He stepped back a few paces and started running towards the spot where according to Ruta, the boundary ran. Then he suddenly stopped. He himself did not know why. Something here wasn’t right. He stretched his hand out ahead of him, and his fingertips disappeared.”

[00:35] (Guo Pei)
“Pass me your phone. Shine it on the skirt. Then let it gradually absorb more light. Light is its nutrient. More light. Turn off your cell phone light darling.See how it glows? It’s beautiful, right?” 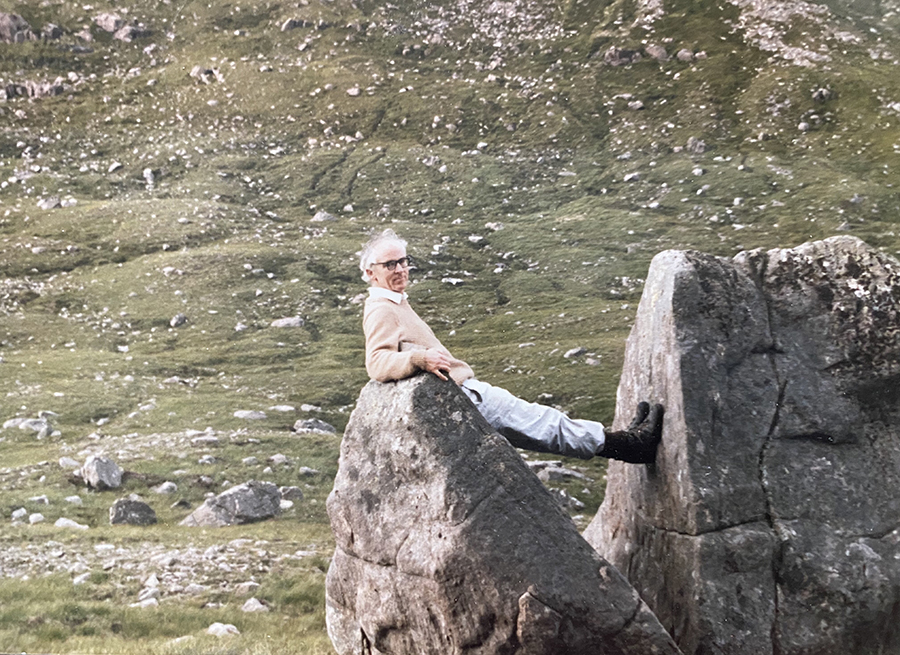