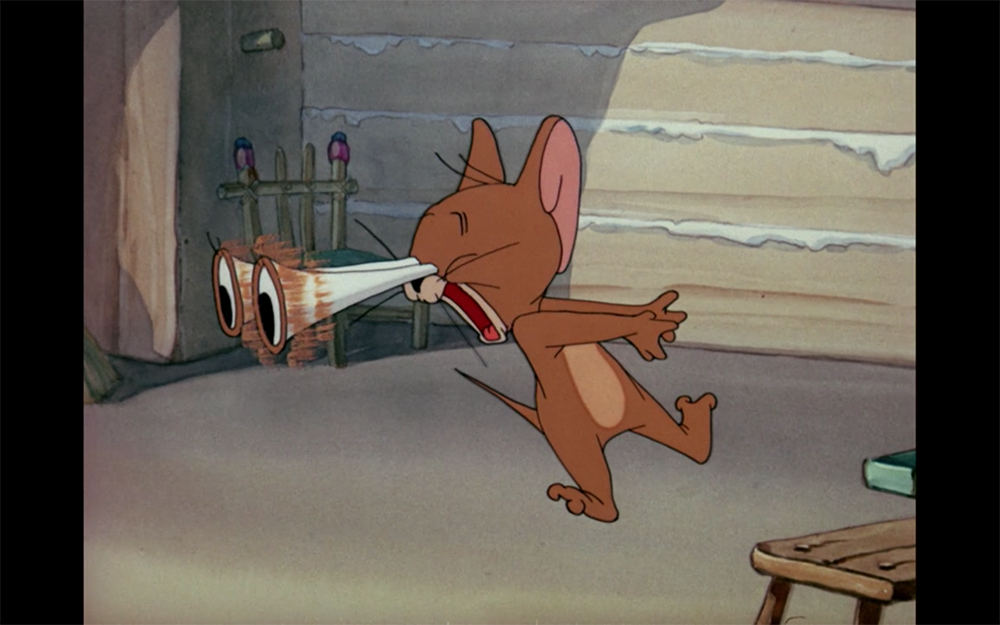 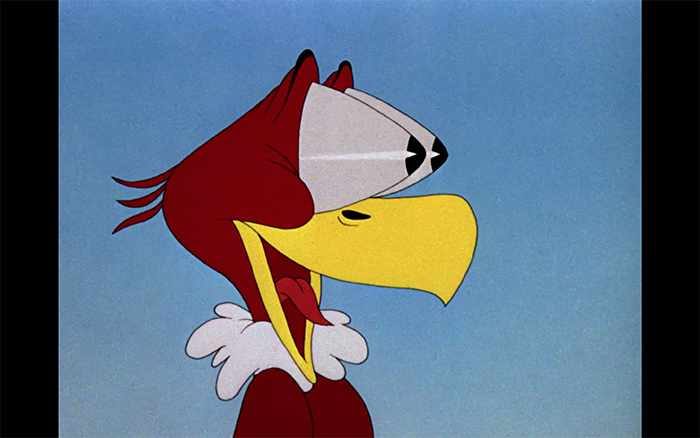 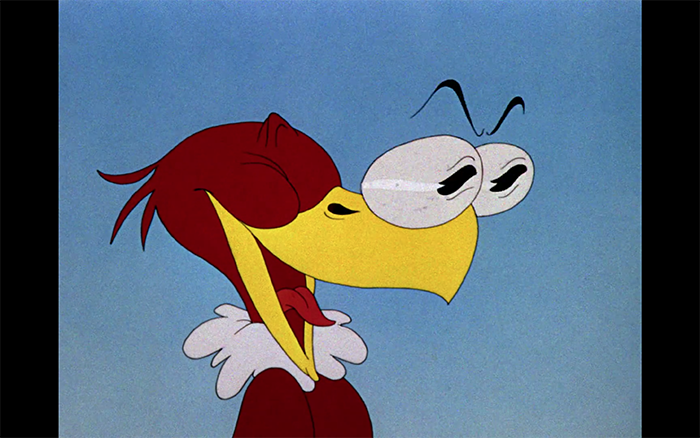 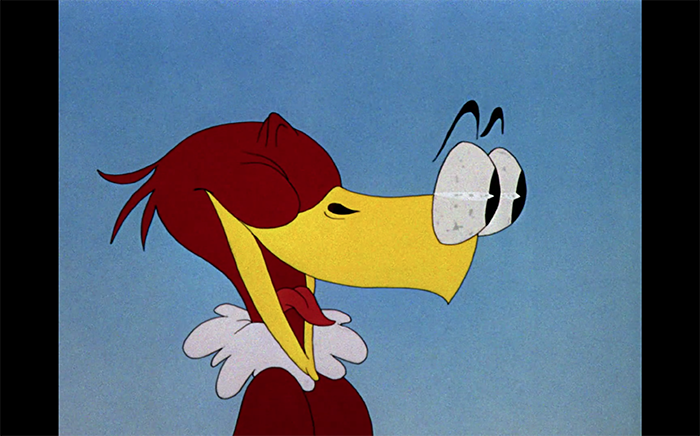 
Glow in the dark eyes 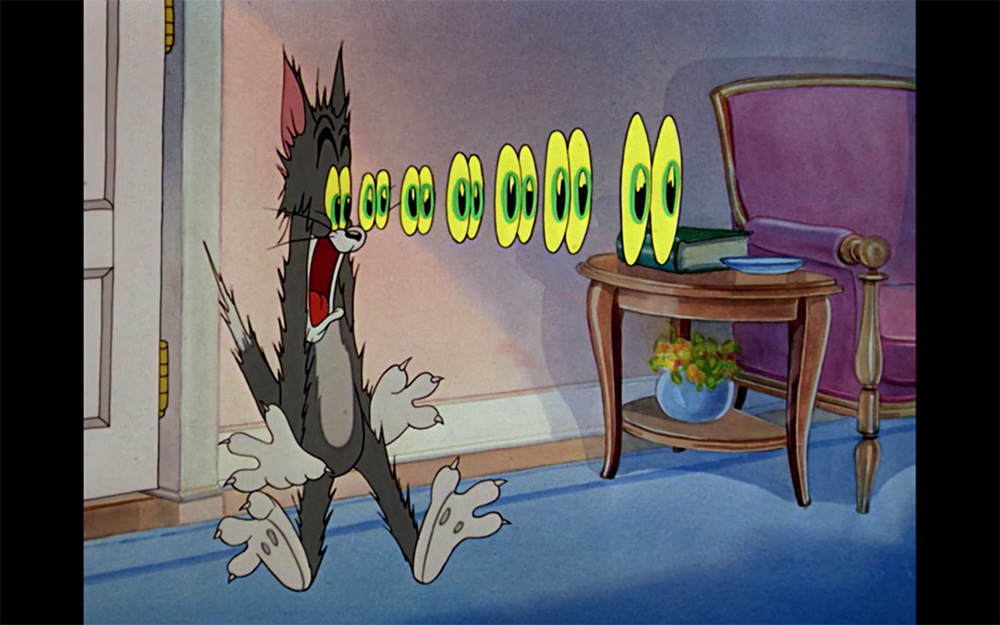 Can Science Make Me Perfect? With Alice Roberts

[65:34] (Alice Roberts)
“…by changing the design of our eyes, we could achieve this (seeing in low light levels) with visible light. It’s simple a matter of scale. As they evolve to live or hunt in semi-darkness, nocturnal animals often have noticeably larger eyes. Their enlarged pupils allow more light to hit the retina, increasing visual sensitivity.”
[66:05]
“I’ve been looking at eyes and I think our eyeballs could be better, so they could let more light in and we could trap more light, as well. And I think the eyeballs need to be about 20-25% larger than they are at the moment.”

[66:16] (Scott Eaton)
“You know, I think that’s just big enough that they will look really interesting. There’s no doubt about it. You’re going to have big old cartoon eyes.”

Revolutions: The Ideas that Changes the World series 1: 5. The Telescope

[05:24] (Dr Fabic Silva – Skyscape Archaeologist Bournemouth University) “In a perfectly dark night sky the human eye can see around 5,000 stars. To look beyond and see things that we wouldn’t normally see, we need the telescope. And I think that such technology was already present 6,000 years ago, 1,000 years before Stonehenge and about 1,500 years before the pyramids in Egypt. And we also find the remains of it here in Portugal, in the shape of these stone monuments, or dolmens. They only had stone tools, wooden tools and possibly bone tools and yet, somehow, they managed to carve these rocks out of the landscape, drag them a few miles and put them in place. This was clearly a project of huge significance for these communities. And they didn’t just do it once, there are between 15 and 20 monuments in this river valley alone with the same orientation towards the East. I think these rock chambers were used to accustom their eyes to the dark, allowing them to see fainter stars.” 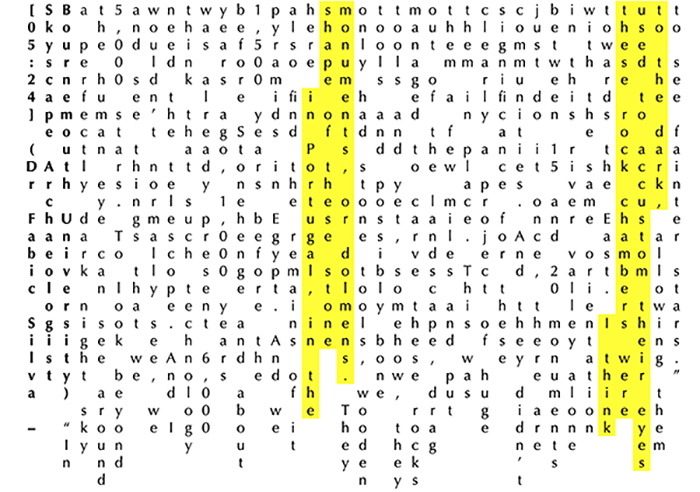 “Entanglement is this very powerful but strange connection that exists between pairs of particles.”

“The effect is almost magical. As if something here can mysteriously affect something there. Can particles be connected as if they’re joined together, even if they’re millions of miles apart?”

“Einstein rejected the idea, calling it “spooky action at a distance.””

“In our everyday computers, the fundamental unit of computing is a bit, a binary digit, zero or one. And inside the computer, there’s all these transistors which are turning on and off currents. On is one, off is zero. And these combinations lead to universal computing. With a quantum computer, you start with the fundamental unit that’s not a bit, but a quantum bit, which is not really a zero or a one, but it can be fluid.” [40:51] “A quantum bit makes use of the fuzziness of the quantum world. A qubit, as it’s known, can be a zero or one, or a combination of both. A particle or tiny quantum system can be made into a qubit. And groups of qubits can be linked with entanglement to create a quantum computer. The more qubits the greater the processing power.”

“Accepting that entanglement is part of the natural world around us has profound implications. It means you must accept that an action in one place can have an instant effect anywhere in the universe, as if there’s no space between them. Or that particles only take on physical properties when we observe them. Or we must accept both.”

“We’re left with conclusions about the universe that make no sense whatsoever. Science is stepping outside of all of our boundaries of common sense, and yet finding ways to explain the universe.” 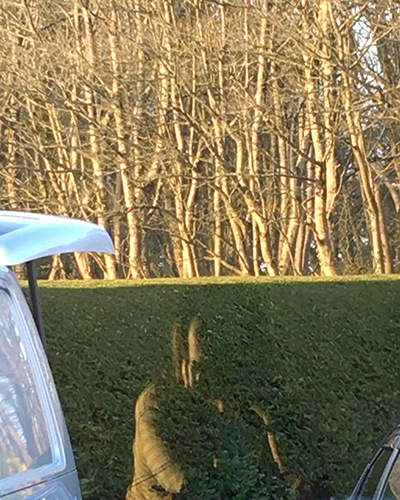 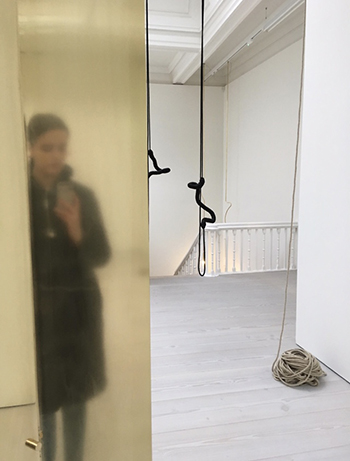 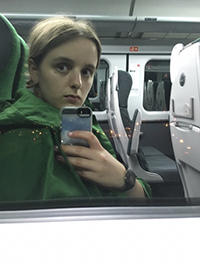 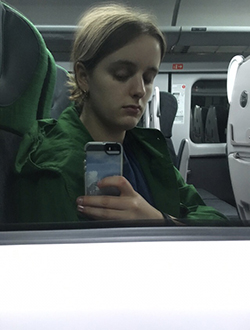 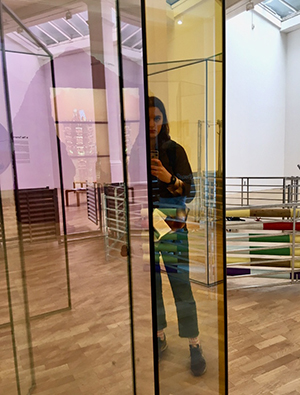 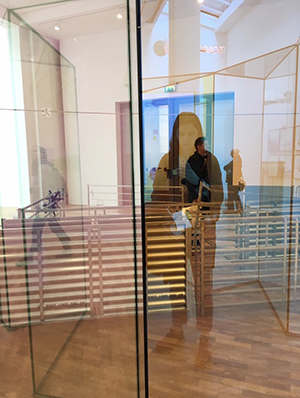 [19:55] (Kevin Barry)
“Because Ove Arup is, to him, somebody who has confidently built up a company founded on a set of principles of the social purpose of engineering. So that modernity isn’t simply for its own sake, making it new. But it’s related to some kind of reflection. It says man has won that battle with nature. And now, we have to live with the consequences of managing this conquered territory.”

[29:25] (Peter Rice)
“And I thought that if somehow, by introducing elements like that, we can make people, people who would normally be alienated by things, feel comfortable… it proved to me that the things that really matter is to introduce elements and materials into buildings in a way which reflects their real nature.”

[30:10] (Kevin Berry)
“Rice was somebody who didn’t want institutions to weigh on people. The building is a performance.
And the people who are in the building are seeing that performance from their different perspectives.
And the building ought to be as alive as something that is happening. And in that way, I think his humanism is to make people part of the play, spectators and actors at once. Building, for Rice, is a performance art.”

[31:43] (Humbert Camerlo)
“For Peter, I think the two things which interested him to start with was, of course,
to work with light, with natural light . But also, to be involved in cross discipline, artist and scientist and scientific environments. The organic development of a project. The important thing is not to be prisoner of the idea you wanted to reach. You have to resist to the attraction of the goal. The attraction of the target. And you have to work and work, and then it’s not the arrow that goes into the target, it’s the target that comes to the arrow. As the Taoist philosopher says,
“             Nothingness              is the meeting place of the noble traveller.””

[35:32] (Sophie Le Bouvra – Associate Director Arup)
“He liked having discussions about design. And not necessarily draw it too early, that was certainly one of the things he taught me is don’t draw things too early, because it stops the thinking. Whereas, if you’re only talking about it, there is a room where different people may have slightly different ideas.          But it leaves those ideas alive,          whereas if you’ve drawn it, it sort of freezes the sort of ideas.”

[40:14] (Martin Francis – designer)
“And one of the early meetings I have with Peter, I said one of the things engineers don’t understand is that glass is a flexible material. And this was when Peter had this sort of eureka moment in which her said, if that’s the case, then we don’t need a rigid structure. Hitherto, everything was, you know, glass has got to be in a rigid frame, to stop it breaking. And he had this moment of insight.”

[56:02] (Humbert Camerlo)
“We would say in French, une demeure spirituelle. Demeure is more than home. Sculpture can be une demeure for the psyche. You know? A painting can be une demeure. A masterpiece is a psychic house for people. So, Peter, he found a place where he could rest.”

[55:47] In a radical theory, known as the holographic universe, space and time are created by entangled quantum particles on a sphere that is infinitely far away.

The grid-auto-flow property controls how auto-placed items are inserted in the grid.

This grid has three columns and two rows.

Bunkers, Brutalism and Bloodymindedness: Concrete Poetry with Jonathan Meades
[19:53] “Georges Braque said that art’s job is to trouble us, while science’s jobs is to reassure us. There are too many artists who want to be scientists.”
[20:58] “An artist creates what he regards as necessary. He creates in order to achieve something which did not previously exist.”
[18:03] “It’s all as exhilaratingly impure as an oxymoron the centrifugal, simultaneously pulling in several directions. It’s what Max Ernst talked of his own work as being – a hallucinatory series of contradictory images. A series which refuses to be resolved into a single meaning. It’s a multiple monument which defies explanation.”

Bunkers, Brutalism and Bloodymindedness: Concrete Poetry with Jonathan Meades
[19:53] “Georges Braque said that art’s job is to trouble us, while science’s jobs is to reassure us. There are too many artists who want to be scientists.”
[20:58] “An artist creates what he regards as necessary. He creates in order to achieve something which did not previously exist.”
[18:03] “It’s all as exhilaratingly impure as an oxymoron the centrifugal, simultaneously pulling in several directions. It’s what Max Ernst talked of his own work as being – a hallucinatory series of contradictory images. A series which refuses to be resolved into a single meaning. It’s a multiple monument which defies explanation.”

and demonstrated different ways of moving around.

The TV was looking at the scenery.
We happened to be passing through.

There was the being in the suit, and the lightness of the gravity.

But you know you are on camera.
You are going to have cameras on you all the time.

What can I do? Well, I’ve got to hop like this. I got a big backpack, and you have to acknowledge that you are carrying that when you make a turn. It really wasn’t what you’d call a challenge, other than to look nonchalant in front of people.”

[09:31] (Theo Kameke – NASA Filmmaker) “There was a video camera that was recording them coming down the ladder, and then there was another portable camera, which they took and moved out away from the lunar module. And that was the only vision that humans around the world had of what was happening on the moon. (…) There’s a ghostly quality about it, because you can see through people. Well, that’s a very clever way that they had of limiting the amount of signal that they had to broadcast. You couldn’t transmit high-definition television from the equipment that they had on the moon. It couldn’t be done, so you’re going to have to pare down your expectations of the quality of the image that you’re going to see.”

Hover over the green object above, to see the transition effect.

Some text with default writing-mode.

Some text with a span element with a vertical-rl writing-mode.

Click and hold the mouse button down while moving the green square.

Drag and drop Charac between the two boxes. 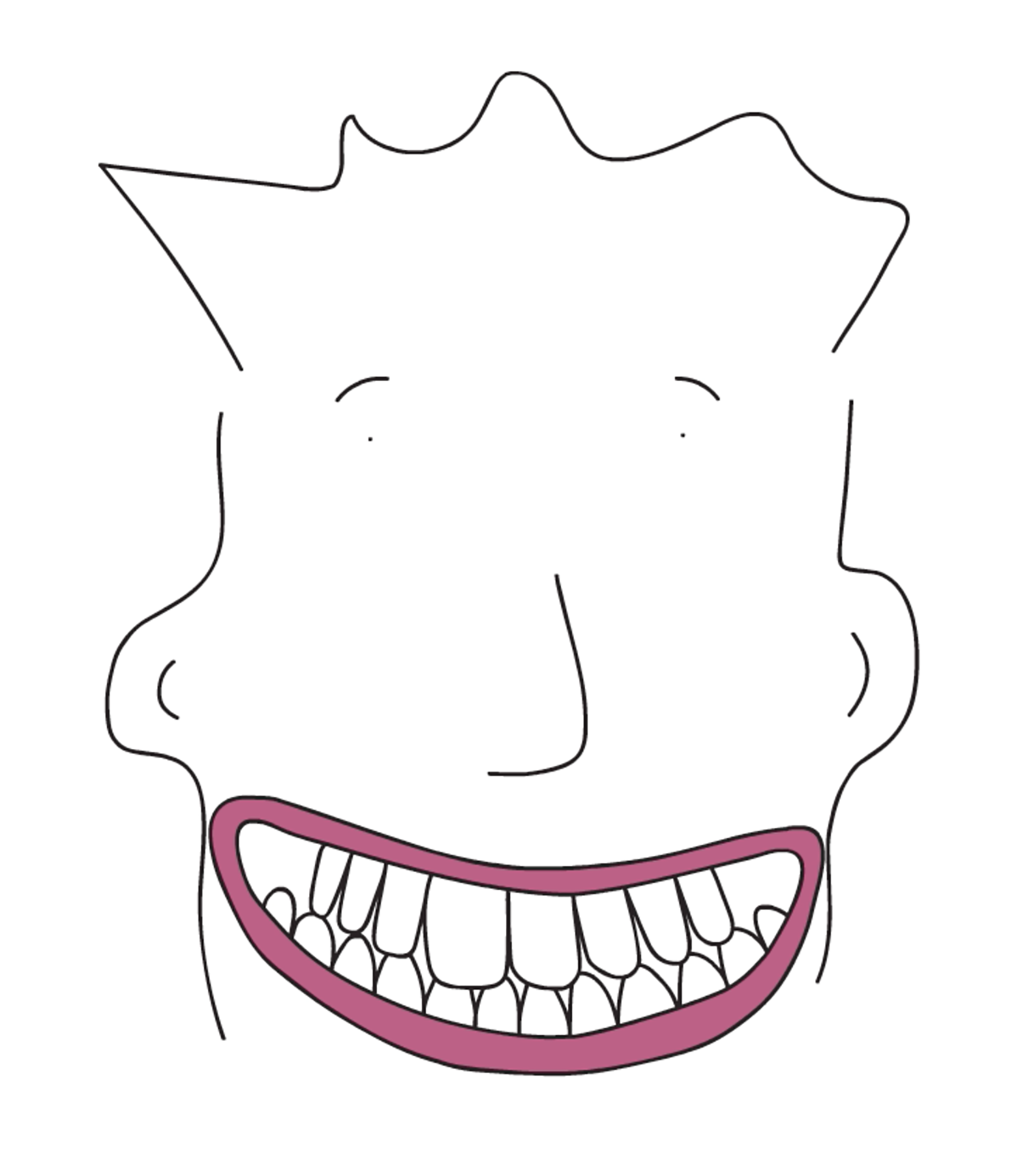